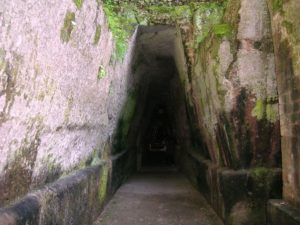 THEME: “‘Listen to the Sibyl in all things’: Reconsidering the Sibylline Oracles”

This conference will bring scholars of ancient Judaism, Classics, and early Christianity together for an interdisciplinary re-examination of the Jewish-Christian Sibylline Oracles. These texts, historically underappreciated by biblical scholars and classicists, are becoming a site of growing interest as both disciplines increasingly turn to texts outside of their own canons, more deeply integrate gender into the study of antiquity, further their exploration of the themes of authenticity and forgery, and reassess relationships between Jews, Christians, and their neighbors across the ancient Mediterranean world.

Papers are invited on the following topics:

— The Nangeroni Meetings are organized by the Enoch Seminar, with the support of the Nangeroni International Endowment, in memory of Alessandro Nangeroni (1940-1999), a renown Italian journalist, writer and University professor, who devoted his life to the Jewish-Christian-Muslim trialogue. —