Joseph (Józef) Mélèze-Modrzejewski (1930-2017) was a Polish French scholar. He was born in Poland, where he also began his academic career. In 1958 he moved to France, where he taught for thirty years (until 1999) the legal and social history of the Hellenistic world at the Faculty of Law of Paris and at the Sorbonne. From 1979 to 2010, he also taught the history of post-Exilic Judaism at the Université libre de Bruxelles, focusing in particular on the History of Jews in Egypt. 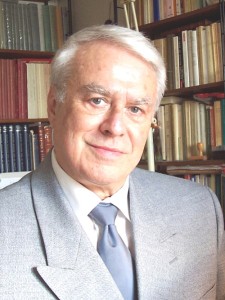