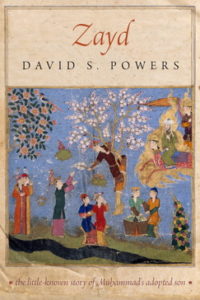 The salience and significance of Judeo-Christian topoi in early Islamic historiography cannot be overstated.  The many latter-day attempts (most of them ideologically motivated) to circumvent the notion of biblical and rabbinic influence on Muslim classical literature by employing neutered and detemporized terminology such as “intertexture,” cannot obscure the vast quantity of material originating in the Hebrew-Aramaic canon that found its way into Qur’an, Hadith (traditions), Tafsir (exegesis), Tarikh (history), Adab (belles letters), and the like.  Indeed, in numerous instances the sacred sources of Islam not only “admit” but are particularly keen on emphasizing the continuity between Muhammad’s message and the preceding Semitic monotheistic dispensations, as well as the contribution of the latter to the former.  Though various periods of Islamic history (including the present day) have witnessed efforts to minimize the role of such Isra’iliyyat, this operation is nearly as quixotic as, say, the early twentieth century attempt by Iranian nationalists to excise the Arabic element from Persian.

Biblical-midrashic narratives, or bits and pieces thereof, entered the early Muslim oeuvre in two ways: as themselves, and in disguise.  That is, the Qur’anic and Hadithic versions of, for instance, the Noah story bear a strong resemblance to their Pentateuchal (and sometimes Talmudic) forebear: the hero’s name is the same, and his mission and adventures are, mutatis mutandis, the familiar ones.  The same goes for many if not most of the remaining qisas al-anbiya’ or “tales of the prophets,” whatever the Islamic classical genre that plays host to them.  On the other hand, there are untold figures, institutions, statements, and anecdotes crowding the seminal Muslim sources which, though appearing at first glance to be indigenous, betray, upon further inspection, clear evidence of foreign origins (a phenomenon, it should be stressed, which is characteristic of all religions, cultures and literatures the world over throughout human history: there is no attempt here to paint Islam as particularly “unoriginal”).

From the Syrian-Christian monk Bahira’s identification of the youthful Muhammad as a future prophet—which is, upon closer inspection, almost unquestionably an echo of Samuel’s pre-coronation of David—to statements attributed to the Arabian Apostle like “He who saves a single life, it is as if he saved the entire world”—the debut of which is certainly Tannaitic, hefty portions of the Islamic narrative have their roots in Judeo-Christian or Near Eastern lore (or at least, many aspects of that narrative have been augmented or embellished by many elements of that lore).  This in turn means that in order to gain a more profound understanding of quite a few fundamental pieces of the early Islamic puzzle, it behooves the interested scholar to investigate those roots.  Doing so effectively requires not just a broad and deep acquaintance with both civilizations and their sprawling literary traditions—no mean feat, and one rarely achieved—but also much creativity, imagination, and a detective’s sixth sense.  Under the current circumstances—the ideological climate in academia being what it is today—it also requires intrepidity.

David Powers’ Zayd—his ambitious reconstruction of the heretofore unacknowledged role of this servant of Muhammad in Islam’s “sacred time”—showcases every one of these essential qualities.  The discipline of Islamic Studies has long been accustomed to Powers’ unique combination of unsparing meticulousness, on the one hand, and outside-the-box, far-reaching boldness, on the other.  One of the field’s most punctilious Arabists, who has personally corrected the grammar, syntax, translation, and transliteration of a whole generation of budding Middle East scholars, Powers has ever erected his unconventional and path-breaking theses upon strong textual-philological foundations.  Well versed in the founding literatures of both Islam and Judeo-Christianity, he does not shy away in this monograph (or elsewhere) from drawing attention to, and analyzing the implications of, the numerous correspondences and influences that, in the overwhelming majority of cases, he is the first to have seen.  Powers then exploits these discoveries to posit a whole new avenue of ingress into the bewildering series of events and complex network of relationships that underlies the formative phase of Islamic history, theology, and politics.  Only a scholar of Powers’ stature and bona fides can assert confidently, in our “post-Orientalist” age and despite the aforementioned academic climate that does its best to sweep such phenomena under the rug, that “the historical memory of the early Muslim community was strongly influenced by biblical models,” and that

[t]he dramatis personae in the Islamic sacred drama were modeled on early biblical figures.  By establishing connections between Muslim figures and their biblical counterparts, the storytellers sought to convey moral, religious and political lessons to their audiences. (96)

The story of Zayd is indeed “little known,” as the dust-jacket blurb of the book points out.  What even most Middle East and Islam specialists have heard about this personage can be packed into one or two sentences: that he was a freed slave of Muhammad, that he was one of the first Muslims, and perhaps also that he was martyred at Mu’ta, the disastrous battle against the Byzantines in 631 CE.  Even avid readers of the sira, the genre of Muhammad’s biography, will not know much more than that.  Experts who have delved into the lives of the Companions will be aware of Zayd’s temporary adoption by the Prophet, while others might have been exposed to the potentially embarrassing anecdote, alluded to in the Qur’an and fleshed out by hadith and tafsir, concerning the beautiful Zaynab, who was divorced by Zayd for the sake of Muhammad.  But that is all.  Zayd has ever been conceived, even by Muslims, as cutting quite the minor figure.

Given this, Powers’ thesis is astounding.  Its upshot is nothing less than the establishment of a second claim—side-by-side with, and in some ways stronger than, that of Shiism—regarding the path Islam could have, and perhaps should have, taken after the Prophet Muhammad’s death.  By assembling a large number of dispersed anecdotes and scattered vignettes and piecing them together to create an essentially forgotten (read: deliberately buried) narrative, Powers brings Zayd to life for us, showing how his existence is depicted by the sources as one long series of tremendous sacrifices on behalf of his beloved master, benevolent manumitter and sometime father.  More importantly, Powers demonstrates—inter alia by teasing out the underlying intent of seminal Muslim texts with the help of their purported biblical and midrashic counterparts—that Zayd was a premier candidate, indeed, the premier candidate, slated to succeed Muhammad as leader of the Community of Believers.

Many would say, upon reading this compact but explosive volume, that Powers makes the case for Zayd’s caliphate—even sans the Judeo-Christian comparisons—more convincingly than most Shiite exponents have made the case for ‘Ali’s.  And despite what would appear to be the objective fact of Zayd’s martyrdom at the Battle of Mu’ta—and let us remember that  ‘Ali, too, was martyred before he could fully fulfill his mission for Islam—Powers adduces no small amount of support for the claim that Zayd’s son Usama was initially conceived as inheriting the mantle from his father (as Hasan and the remaining imams inherited the same from  ‘Ali).  Continuing with the analogy to Shiism, Powers advances compelling evidence of scriptural tampering, primarily under Umayyad auspices, in the direction of a purposeful “whitewash”: Zayd’s (and Usama’s) credentials were marginalized or erased.

One comes away from Powers’ Zayd as one comes away from Deutscher’s Trotsky: with the sense that a central actor’s actual and potential leadership roles have been airbrushed out of the official narrative by a subsequent, legitimacy-starved regime, only to be reconstructed (in our case almost a millennium-and-a-half later) by a dedicated scholar-super-sleuth.  Zayd is a fascinating tour de force that should be read by all who seek to penetrate the dark labyrinth that is the early formation of Islam.