Oct 11 – Yonatan Adler, “The Origins of Judaism: An Archaeological-Historical Reappraisal”

Archie T. Wright, Satan and the Problem of Evil: From the Bible to the Early Church Fathers (9 February, 2023) 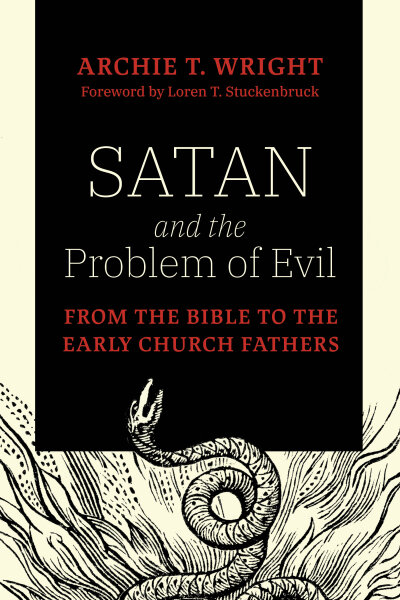 The conceptions of Satan are varied and complex. In his new work, Archie Wright connects the origins of Satan through the formation of the early Christian church, to argue that these latter writers present a shift in the understanding of Satan to one that is significantly different from the Jewish Scriptures and the New Testament.

This virtual review panel welcomes Archie Wright for an introduction to his work, review presentations by Anna Angelini, Ben Wold, and Channah Fonseca Becar, followed by an open dialogue among participants.

Jason A. Staples, The Idea of Israel in Second Temple Judaism: A New Theory of People, Exile, and Israelite Identity (7 December, 2022)

In this book, Jason Staples proposes a new paradigm regarding the biblical concept of Israel and how it was shaped by Jewish apocalyptic hopes for restoration after the Babylonian Exile. Challenging conventional assumptions about Israelite identity in antiquity, his argument is based on a close analysis of a vast corpus of biblical and other early Jewish literature and material evidence.

This review panel welcomes Jason A. Staples for an introduction to his work, review presentations by Al Baumgarten, Jackie Wyse-Rhodes, Mark Leutcher, and Gabriele Boccaccini, followed by an open dialogue among participants.

Throughout the Christian tradition, descriptions of hell’s fiery torments have shaped contemporary notions of the afterlife, divine justice, and physical suffering. But rarely do we consider the roots of such conceptions, which originate in a group of understudied ancient texts: the early Christian apocalypses.

Meghan Henning illuminates how the bodies that populate hell in early Christian literature—largely those of women, enslaved persons, and individuals with disabilities—are punished after death in spaces that mirror real carceral spaces, effectually criminalizing those bodies on earth.

This review panel welcomes Meghan R. Henning for an introduction to her work, review presentations by Christy Cobb, Sarah Porter, Peter Mena, and Sonja Anderson, followed by an open dialogue among participants.

For centuries, Pharisees have been well known but little understood—due at least in part to their outsized role in the Christian imagination arising from select negative stereotypes based in part on the Gospels. Yet historians see Pharisees as respected teachers and forward-thinking innovators who helped make the Jewish tradition more adaptable to changing circumstances and more egalitarian in practice. Seeking to bridge this gap, the contributors to this volume provide a multidisciplinary appraisal of who the Pharisees actually were, what they believed and taught, and how they have been depicted throughout history.

This review session hosts several 5-minute, ‘lightning’ presentations from the authors on the importance of the Pharisees in Jewish-Christian relations.

What is the current state of affairs of Apocrypha research? What are the future directions of study relating to the Apocrypha?

Session 1 brings the contributors together to reflect upon the completed volume, with presentations from Lorenzo DiTommaso, Kristin DeTroyer, John Kampen, and Sara Parks. Session 2 welcomes review presentations by Esther Brownsmith and Brandon Hawk, followed by an open dialogue among participants.

What did Paul, as an apocalyptic Jew and follower of Jesus, think about the concept of Salvation? Paul did not convert nor break with his inherited traditions but was part of the lively diversity of Second Temple Judaism. Boccaccini’s ‘Paul’s Three Paths to Salvation’ is an attempt to reconcile the many facets of Paul’s complex Jewish identity while reclaiming him from accusations of intolerance. Boccaccini’s work in reestablishing Paul as a messenger of God’s mercy to sinners is an important contribution to the ongoing conversation about Paul’s place in the contemporary pluralistic world.

What can we know about Jesus? In this new English language translation of Den okände Jesus (The Unknown Jesus), Cecilia Wassén and Tobias Hägerland consider Jesus as an apocalyptic prophetic figure within the context of first-century Judaism and reconstruct the life of Jesus from his birth to his death, with a focus on understanding him in the context of his own time and place. Engaging critically with the sources, they examine Jesus’ life in order of events and draw together the threads of scholarly discussion on the history, archaeology and geography of first-century Galilee, forming a complete picture of Jesus’ world suitable for non-specialists and university students.

A Guide to Early Jewish Texts and Traditions in Christian Transmission (November 12, 2020)

A presentation (on Nov 11) of the book, A Guide to Early Jewish Texts and Traditions in Christian Transmission, edited by Alexander Kulik et al. (New York: Oxford University Press, 2019). The volume is a major contribution to the study of the reception of Second Temple Jewish literature in Christian context.